This site has constantly been extended since 1998 - without income from ads. As a pensioner, may I ask you to please make a small donation via PayPal to help it along. £3 (even £1) would be great. Thank you!

The first computer I programmed is shown on the left!

This was in the days of my first computer job with IBM in 1966, at Birmingham. However, before training as a computer programmer on this particular machine, I gained experience as an operator on a 2nd generation IBM 1401. This was years before on-line processing became the 'norm' and commercial work then was processed only in batches; as 'jobs'. During this time, my work was shift-based, and all big computer 'jobs' were left for the night-shift. So, on the night-shift, all that was needed was to load and start one of these 'jobs', and then go off into the city to enjoy some cafe night-life, knowing full well that the job would be going for 2 or 3 hours! In those days, computers were that slow, and were not able to multi-task (have multiple programs running at one time). That capability did not arrive until about 1969. Devon inventors built the fore-runners to to-day's computers over 150 years ago!! Click here for more! Click here for the story of how data was once input via the punched card.

Click on one of these images for more on the advertised subject!

In Oppenheimer's expansive book, Eden In The East, there is a hint that there was some great, now lost, ancient empire that left traces around the Pacific.


In line with Churchward and others, I point to the lost continent of Mu (Lemuria) as being that ancient source and that Mu (Lemuria) was the origin of the concept of "One-ness" or Unity in Diversity. Their teachings and practice became the basis of the religions of India ... and the world!
More here. 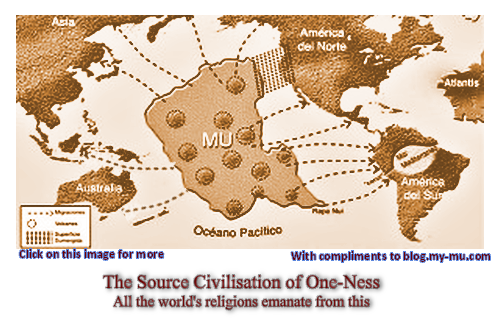 
Click on this image for a large version.
Is this a naturally formed mountain? Was it once part of Atlantis...? Is it Mount Atlan?